Is Nelson the next Banff?

When visitors think of Canada, chances are that Banff, Lake Louise and the Canadian Rockies are near the top of the list. And why not? Banff National Park offers an amazing combination of wildlife, scenery and recreational pursuits.

Visitors are flocking to Canada’s first national park in record numbers; over 4 million people passed through the park gates in 2016/2017. That’s a 24% increase in just three years.

For those looking to get off the beaten path, cast your eyes a little further west. British Columbia’s West Kootenays is a little known gem with a fraction of the visitors. 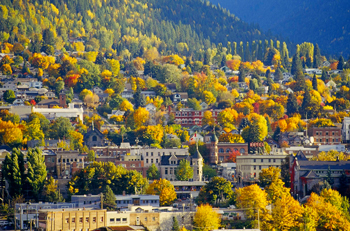 Nelson is the unofficial capital of the region. Set on the shores of Kootenay Lake, the thriving city is a mix of heritage, culture, and a jumping off point for outdoor enthusiasts. Its remote location approximately halfway between Calgary and Vancouver attracts and rewards the most dedicated visitors

Unlike Banff, with its reputation for kitschy tourist stores, Nelson offers a mix of independent and eclectic shops set amidst a genuine community feel. Quirky cafes like Oso Negro and Yellow Deli are Nelson institutions, while acclaimed restaurants like Rel-ish Bistro and All Seasons Cafe celebrate locally grown ingredients. Four craft breweries, Canada’s oldest co-op grocery store, and multiple outdoor markets are a testament to the demand for true local flavour. 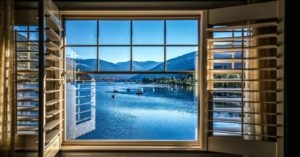 Although Banff and Lake Louise have some grand hotels, skyrocketing rates make them beyond the reach of many. Nelson, and nearby Kaslo and New Denver, offer a mix of boutique and comfortable accommodations at more realistic rates. Plus, there’s something to be said for lakeside campgrounds where you don’t need a toque at night.

The Canadian Rockies may take the title for Canada’s hiking capital, but the Kootenays are a contender. Short hikes like Pulpit provide glorious views of Nelson, while more ambitious treks in Kokanee Glacier Provincial Park or Valhalla Provincial Park rival those found in the Rockies.

The Kootenays are also a cyclist’s delight. An intricate network of mountain bike trails in Nelson attract riders from around the world, while the quiet roads around Kootenay Lake make for some of the best road cycling in Canada, rivaling the famed Icefields Parkway. 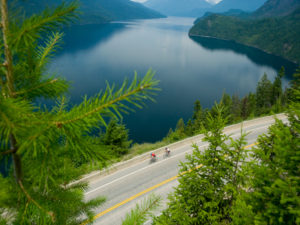 Cycling above Slocan Lake, BC

Those glacier lakes in the Rockies sure are beautiful, but awfully frigid. Kootenay Lake and nearby Slocan Lake are equally scenic, and warm enough for swimming, sailing, paddling or just a relaxing beach vacation. And with autumns that burst with colour and last until the end of October, and the sure sign of spring arriving in late March, Nelson enjoys an enviable climate.

Long, cold winters in the Rockies allow ski resorts to offer some of the longest seasons in North America. On the flip side, legendary Kootenay powder offers consistent deep snow at Whitewater at comfortable temperatures. The combination of conditions and terrain makes the Nelson region the cat ski capital of the world and a mecca for ski touring fans.

Yet despite these natural and cultural benefits, Nelson still flies under the radar of most travellers. Its surprisingly remote location has helped to keep it from succumbing to the impacts of mass tourism while preserving its character. Nelson will never see the volume of tourists that the Canadian Rockies does, but for those willing to venture a little further afield, discovering one of Canada’s most alluring destinations is the reward.